History of the District

On December 20, 1977, the governing Board of Directors adopted a resolution to change the name from Baldwin Park County Water District to Valley County Water District as a means of better representing the expansion of the service area to include the portions of the four cities being served.

The mission of Valley County Water District is to provide a safe and reliable supply of water to all of its customers at a reasonable cost, and in an environmentally sound manner. The core values of Valley County Water District are meeting and, whenever possible, exceeding the public’s expectations, with effective and efficient management that is committed to providing attentive and considerate customer service while assuring a safe working environment in which there is an appreciation for loyal service and equitable opportunities for personal advancement and continuing education, particularly in the field of public service. 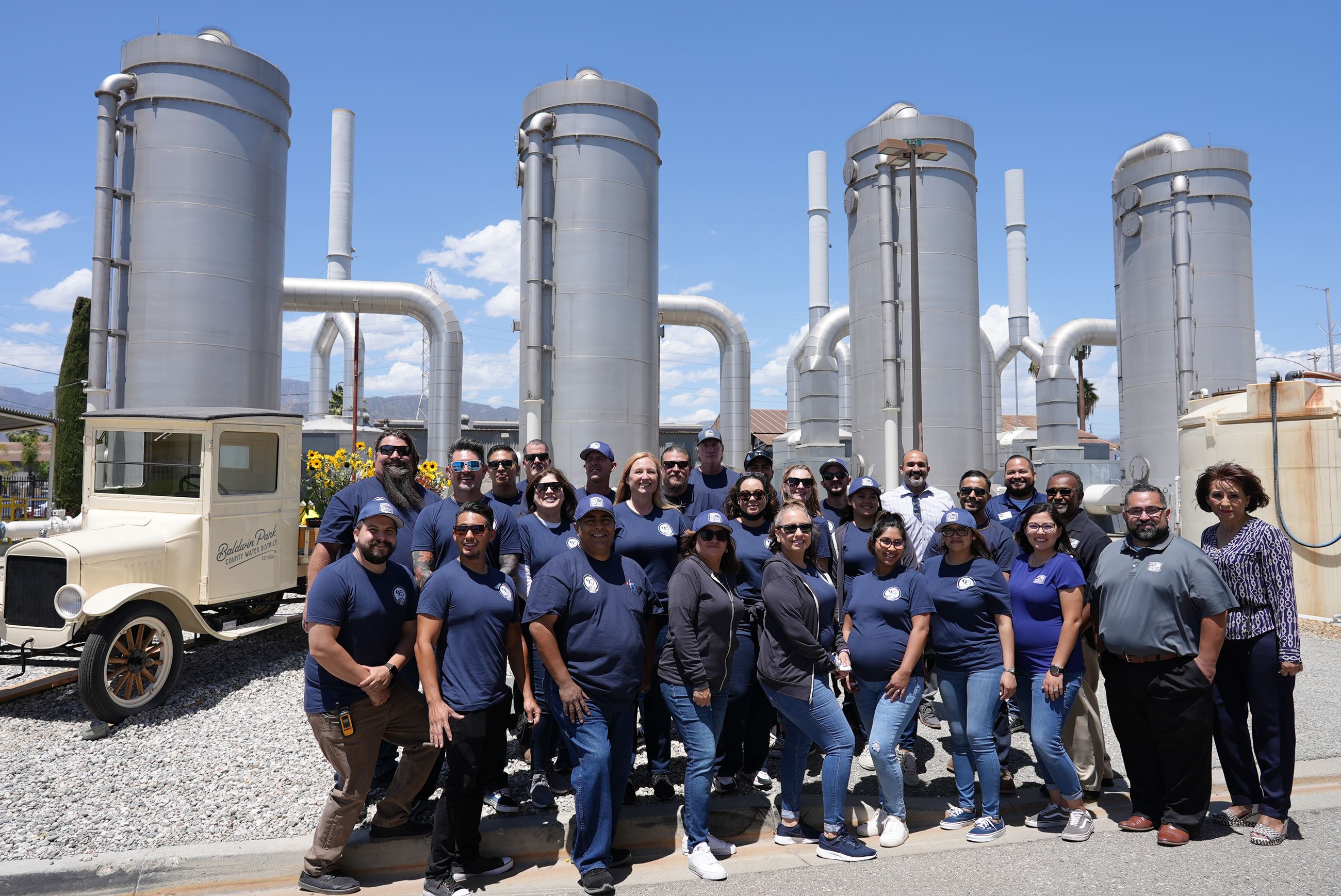 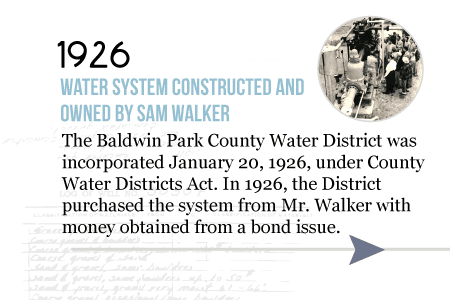 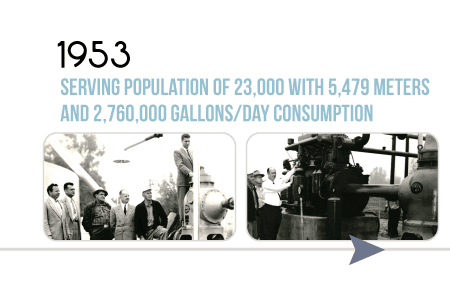 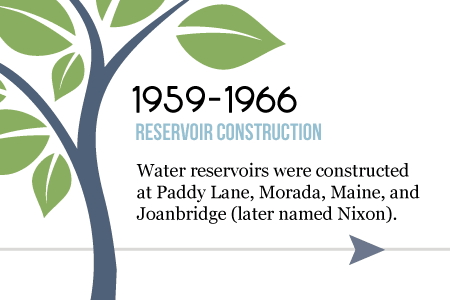 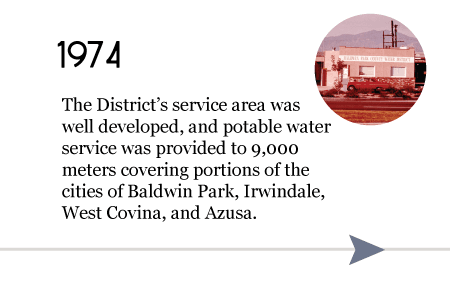 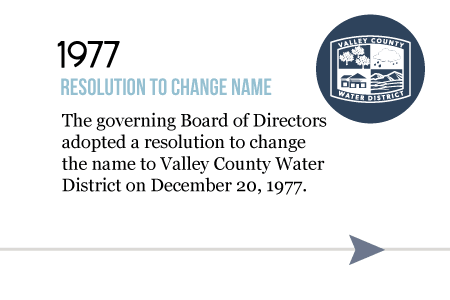 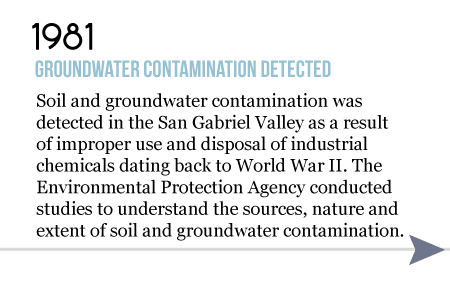 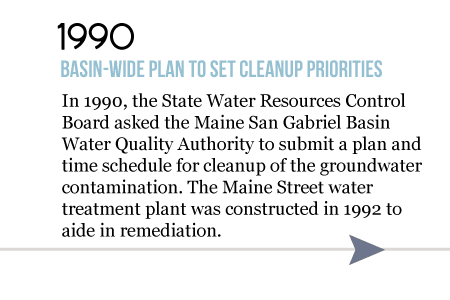 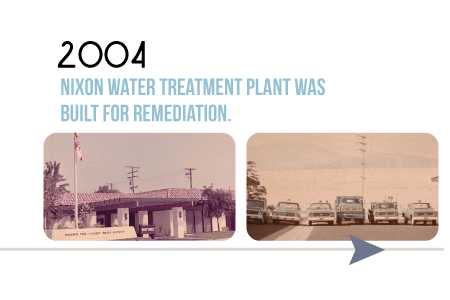 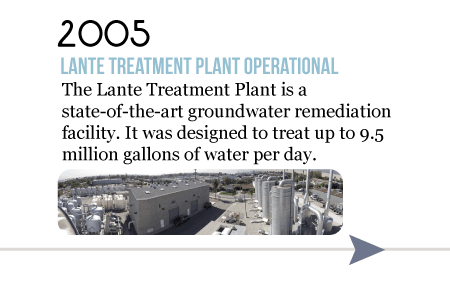 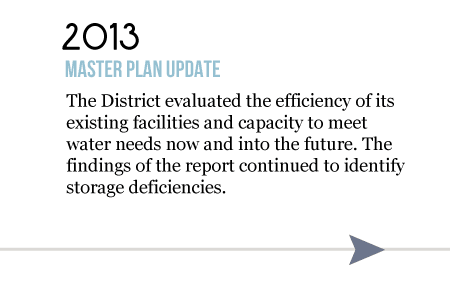 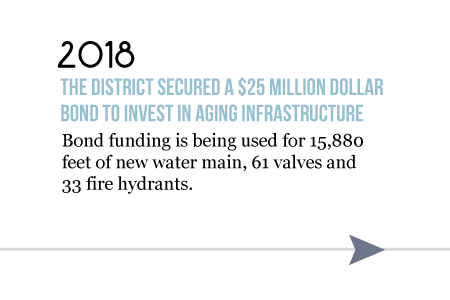 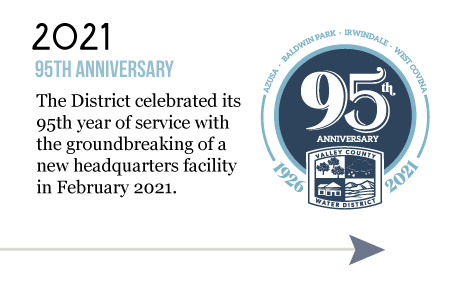